Keeping Your Metabolism Powered Up in Your 30s, 40s, 50s and Beyond

A new study in Science explodes almost everything we thought we knew about age and metabolism.

One of the most comprehensive studies on metabolism ever conducted, it involved over 80 researchers, took over 40 years, and studied data from 6,500 people between the ages of eight days old and 95 years.

The first thing the study blew away was the conventional understanding that men always burn more calories than do women — the study found no calorie-burning differences in the sexes, after accounting for other factors.

The second thing the study deep-sixed was the accepted wisdom that we will all see a slow-down in energy levels, especially with the start of pre-menopause in the 40s. One of the authors was quoted as saying, ‘We just didn’t see that.”

The study found that infants up to one year old have the fastest metabolisms — approximately 50% faster than adults. After age 1, metabolism “declines slowly to adult levels” until age 20. From age 20 to 60, our metabolism “remains stable.” Only after age 60 does our metabolism slowly start to decline by about 20% until age 95.

Not only do these findings give us hope — we’re not as chained to our hormones and biological clock as we once thought — they also call on us to think back to those times in our life when we believed our metabolism just slowed down on its own.

It could be that work or family responsibilities pulled us away from being more active.

No matter what, though, the great news is that — whatever the cause of our metabolism not being as primed as we want it to be — with the right diet hacks, along with a bit more physical activity, we can power up our metabolism again, regardless of what decade of life we find ourselves in!

Here are 5 metabolic hacks that can help: 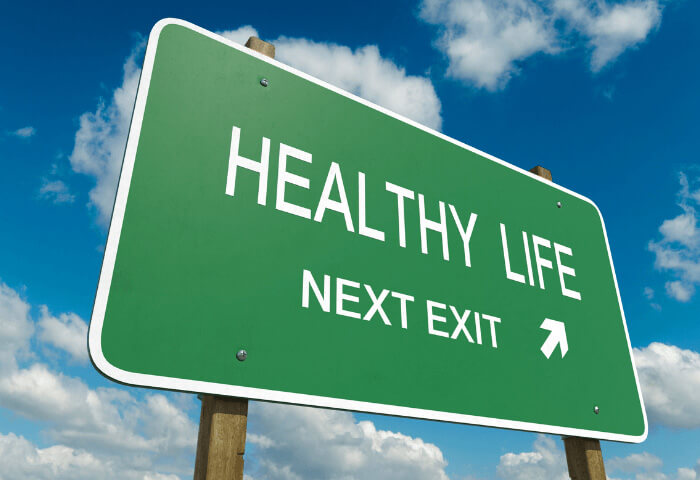 It's not how much we eat, or starving ourselves, it's about eating the right quality foods — for example, eating 2 bananas is similar in calories to eating 2 to 3 large chocolate chip cookies, but the bananas would normally be a better choice.

Say no to high-calorie, low-nutrition, deep-fried, fatty and sugary foods. For most people, keeping unhealthy foods in the diet doesn't work in the long run. Healthy change is needed to hang onto the good results you want.

Aim for nutrient-dense, high-fiber foods that satisfy the appetite, like fruits, vegetables, and whole grains. Protein sources can include seeds, nuts, lentils, and beans; lean meats; healthy fish; plus low-fat dairy and eggs.

Metabolism-boosting low-glycemic high protein (LGHP) foods can have amazing effects on metabolism — all without having to count calories!

Although you shouldn’t skip meals or go hungry, you do need to cut down a bit to lose weight. LGHP eating — which should include Almased — enables you to eat more while weighing less. 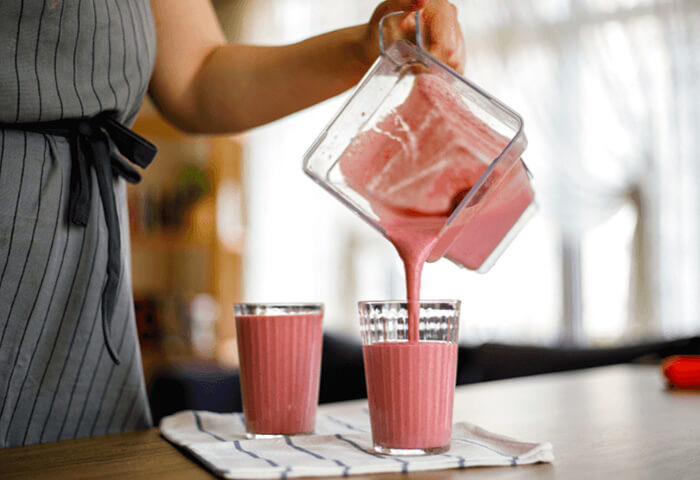 File this under “Foods that boost your metabolism” — Protein increases our metabolic rate by 15 to 30 percent!  It also makes us feel fuller, which makes us less likely to overeat, too. Eating more protein can keep our resting metabolism humming, which can help us lose weight and keep it off afterwards.

And when we’re trying to lose fat, protein helps us keep our metabolism amped so we can hold on to that lean muscle mass. Ensuring that we’re getting high-quality amino acids, the building blocks of protein, is just as important. Good sources are non-GMO soy, beans, nuts, eggs and, of course, protein-packed Almased. In fact, Almased is very rich in high-biological-quality protein — 27 grams per serving — and provides 12 vital gut-health-supportive amino acids.

According to one study, increasing protein intake for breakfast is vital for energy (blood glucose) balancing and, in the long term, could be especially useful in the prevention of metabolic disorders.

Since our metabolic functions slow during sleep, it's very important to have a nutrient-dense breakfast.

The unique protein formula in Almased is created to fit the amino acid profile the human body needs. Just one Almased breakfast smoothie can guarantee that you’re getting the protein you need.

Fat doesn't make you fat. The important thing is choosing the right fat.

Monounsaturated fats increase our metabolic rate — increasing fat burning and boosting thermogenesis. They also act as a buffer for the sugar you take in, since good fat slows the assimilation of sugar in your bloodstream. 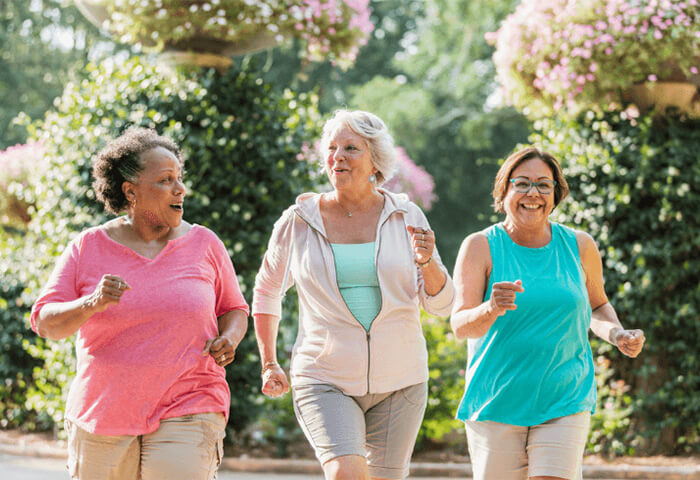 If you’re not into pumping iron, start with a short walk and work up to a lengthier stroll. The basic formula is 30 minutes, 3–5 times per week.

We’re never chained to our genetic legacy, and the latest research adds even more proof. The door to optimal health is right in front of us, and it’s great that Almased is one of the keys we have to open it!