5 Of the Best Weight Loss Tips for Men 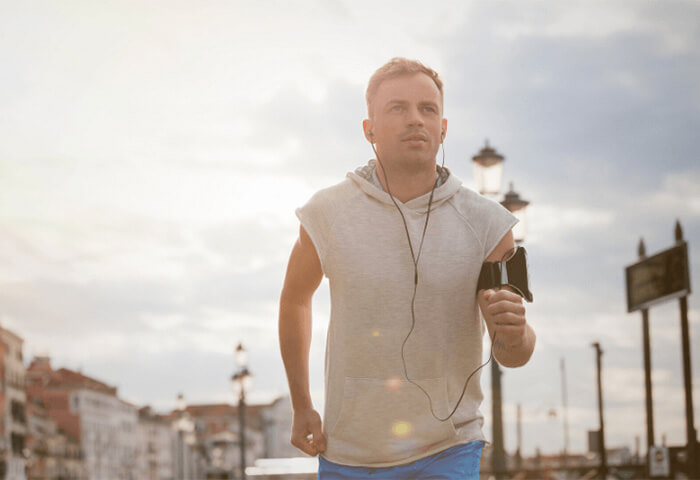 When it comes to weight loss, men do have an advantage over women. Testosterone gets a lot of the credit, but there’s more to it.

According to one recent article from Almased, men have more lean muscle mass than do women and are quicker to burn up fat reserves for energy. Their metabolism is faster, too – designed for size, strength, and speed.

Genetically speaking, women are designed to store their energy for physical demands such as pregnancy and breastfeeding. It’s even easier for women to store fat and harder to convert calories into muscle. 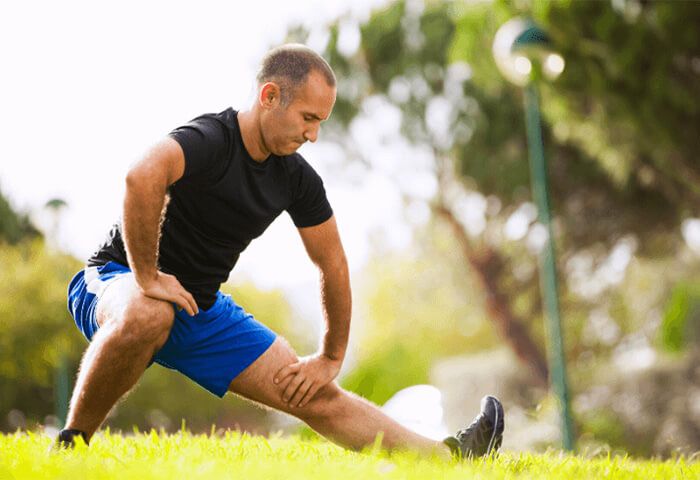 Do men get all the breaks?

Not quite. More men than women are overweight, and that is a chief contributor to heart disease – the leading cause of death for both men and women worldwide. Men, however, make up the greater percentage of those who die from it.

Still, some men tend to sleepwalk through life, ignoring what is within their control to even up their odds.

The best advice for both men and women is a simple diet and lifestyle choices that can prevent the risk of death from heart disease, type 2 diabetes, and several other ‘weighty’ medical conditions as well. Check out this article “How to Cheat Death with Almased.”

Don’t let the thought of diet discomfort hold you back. Weight loss doesn’t require hunger and denial. The right diet works to reset appetite and offers many delicious food options.

Learn how to forage at nature's buffet by following these five proven weight loss tips.  (You could see some results this week!) 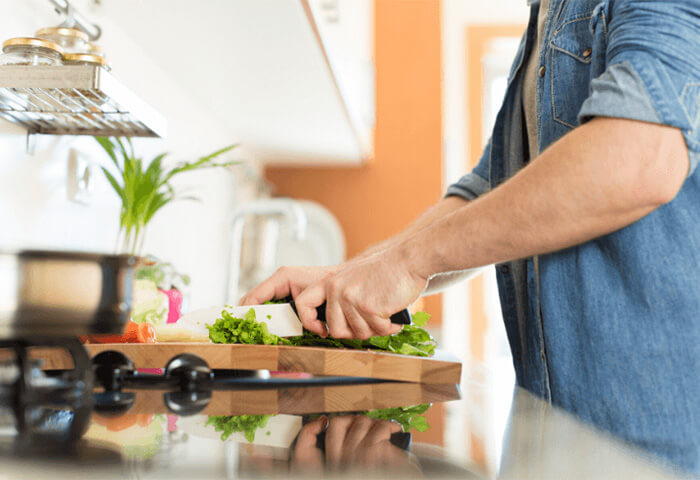 Fiber slows digestion by binding with other foods, slowing sugar absorption to prevent quick-spiking blood sugar levels, and helping to hustle those calories out of the body.

Could you eat a serving of oatmeal every day? Would it be challenging to eat a baked apple or chia seed pudding for dessert? How about a German chocolate cake shake?

Add fruits, beans, whole grains, and tons of vegetables to your diet. Fish and lean meats are fine but stay low on sugary carbs and processed foods.

Eat often and don’t go hungry—that will only trigger a man-sized appetite into starvation mode, slow down the fat-burning metabolism, and make you grumpy!

Don’t go hog-wild either! Eat three normal-sized meals every day, and be sure to include a healthy snack or two. Consider nuts, toasted pumpkin seeds, edamame, popcorn, an apple, or a short glass of your favorite flavored Almased smoothie.

In fact, a breakthrough 2018 study from the University of Alberta demonstrated that Almased improved metabolism and helped people burn fat instead of carbohydrates earlier than with a standard diet.

Two other studies support these ﬁndings and show that the LGHP diet naturally boosts the fat-burning hormone, adiponectin, along with supporting healthy levels of the appetite hormones, ghrelin, and leptin.

Almased fills you up and satisfies hunger for hours longer than compared to a standard meal. The fact that it’s also delicious doesn’t hurt a bit.

Everyone knows you need water, but men can get so busy they just forget to drink enough. But drinking more water helps with weight loss. 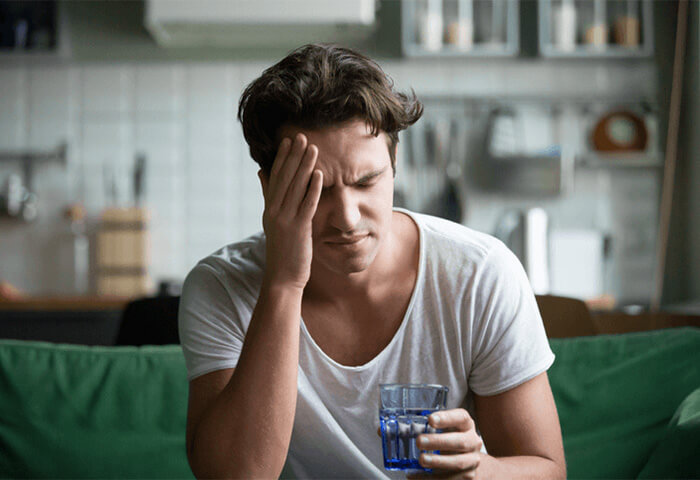 Water is a natural appetite suppressant, increases calorie-burning, helps remove waste from the body, and burn fat, too!

One study determined that drinking water before the main meals leads to moderate weight loss. Another study showed that drinking 1.5 liters of water daily caused a reduction in appetite and weight, and led to more significant fat loss, too.

As your inner couch-potato slows you down, so it also slows your metabolism and increases your likelihood of gaining weight

Thirty minutes of daily exercise is the recommendation for general fitness. Brisk walking is excellent, as is gardening or a game of golf. Choose what you truly enjoy, and the chances are good that you'll do it. 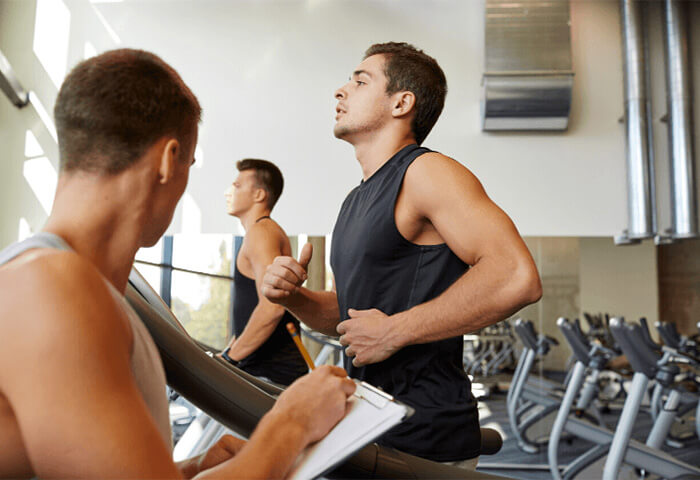 If weight training is your idea of fun, that's great! It’s an effective way to build muscle mass. Alternate with cardio workouts every other day.

You can help reduce muscle soreness and repair tissue damage by drinking a low-glycemic high-protein (LGHP) Almased shake within 40 minutes of a workout.

5. Add an Almased shake to your daily diet

Here are “10 Almased shake recipes that actually help with weight loss.” Each serving gives you 27 grams of high-quality protein to keep your energy levels jazzed up all day without any stimulants.

Effective weight loss programs for men help you feel better than you do today. You can zoom up your energy levels, improve your long-term health forecast, and you may even enjoy life a lot more. 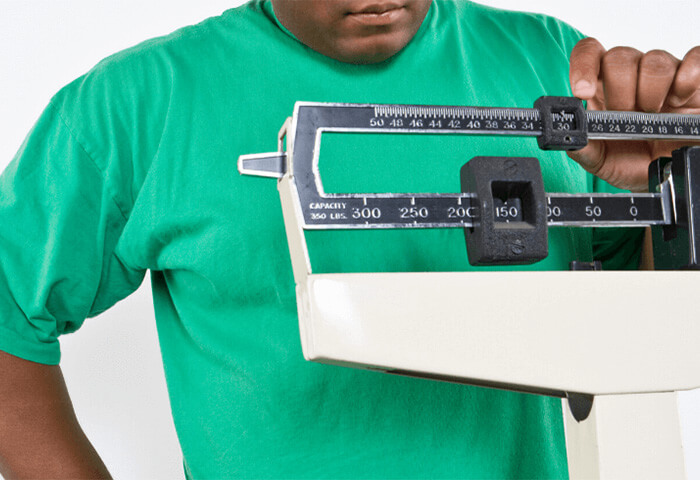 Because Almased is a true weight loss multi-tasker, it comes with a smart weight loss plan. Almased shakes are designed to transition eating patterns into a healthier lifestyle more easily.

The basics begin by replacing one or more daily meals with your favorite shake. Then, you hold on to your ideal weight by snacking on Almased as needed. Details are here.

Almased is made from the highest-quality non-GMO soy, cultured yogurt, and raw, enzyme-rich honey. All are fermented by a unique process that yields a perfect low-carb, high protein, healthy weight-loss drink.

Does the soy in Almased affect my testosterone levels?

Some men are concerned about the effect of soy on the male hormone, testosterone. In reality, clinical studies in men show that the isoflavones in soy don’t affect testosterone levels or circulating estrogen levels.

Men can rest easy knowing the phytoestrogens in soy are not estrogens – only animal products contain estrogens, while soy contains none.

How to Lose Weight Fast for Men

The fastest way to lose weight for men starts with the first of four phases from the Almased diet plan. In this phase, you'll jump-start metabolism as you replace all three of your daily meals with an Almased LGHP shake. 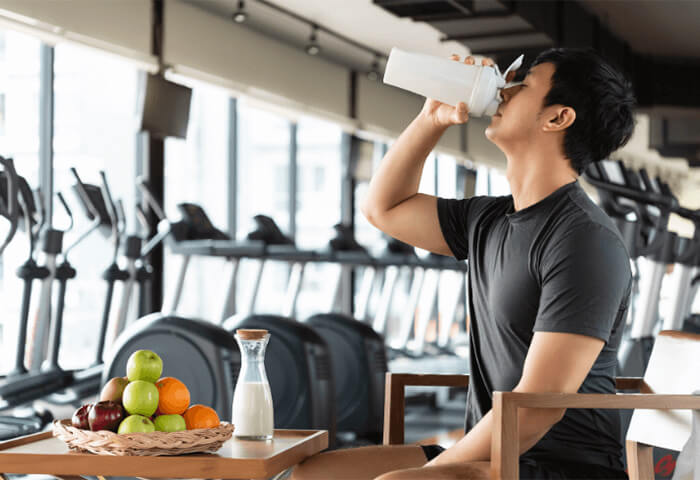 If you choose the phase 1 liquid fast, you can stay on it from 3 to 14 days. You’ll also be able to drink coffee, tea, plenty of water, and vegetable broth or vegetable juice. Healthy solid meals are added back one step at a time.

As you continue to lose weight, energy levels stay up while appetite levels dwindle.

Almased is not just a diet. It’s a call to a more rewarding life.

It may seem that being kind to your mind, body and spirit has taken a back seat to fast-food drive-thrus, processed convenience foods and fried just-about-everything.

But there are many signs that values have shifted as men take more control over their total health. 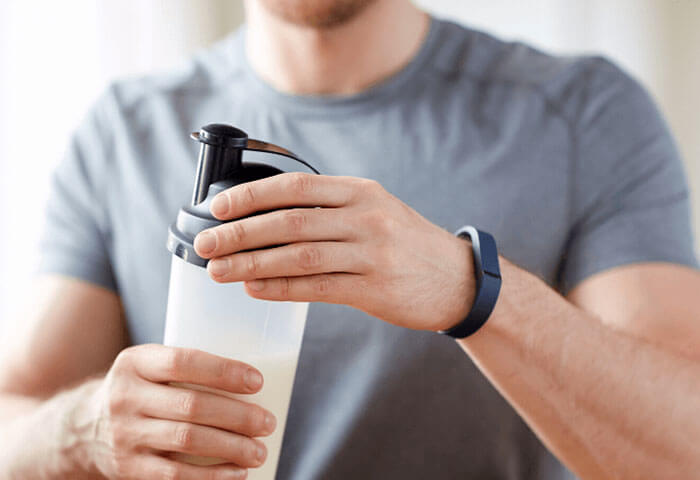 Interests in sports, gym memberships and outdoor activities continues to grow, and the best time for healthier eating is right now.

If you are overweight, establishing a healthy eating pattern is the way to go. Dieting only for weight loss works only for a while. Lost fat seems to land right back on you—unless you transition to long-term positive changes.

So, put the five weight loss tips to the test, bring Almased into your life, and be confident. Most guys can do anything if they really want to.

The Almased Weight Loss Phenomenon™ can be your most effective tool for achieving peak performance and your very best weight ever.