I call it the most perfect food in the world. 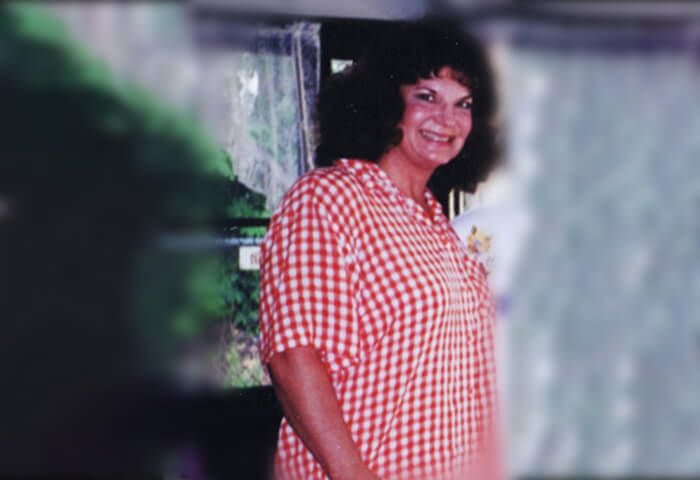 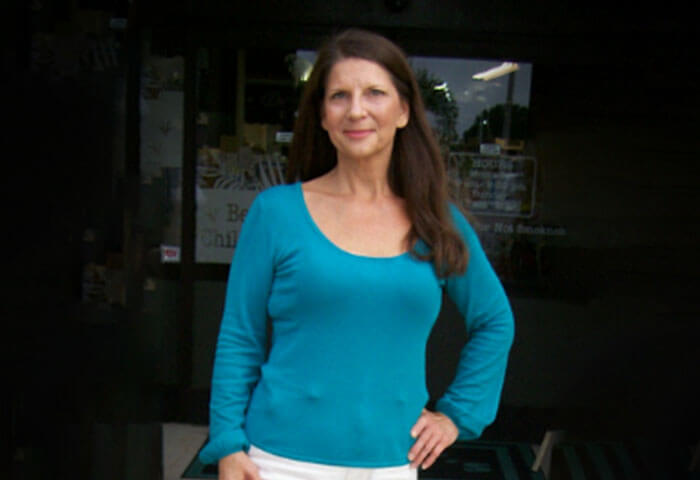 For many years, I struggled with my weight. But about 15 years ago, that changed for me when Almased came into my life. But before I share my love for Almased, I’d like to share a little bit of my own personal weight-loss journey.

A Background in Weight Loss

When I think about the years I fought weight gain, it probably might seem funny that I had been in the weight-loss industry for a long time. Even right after high school, I found myself working at weight-loss spas.

And while the whole idea of “calories in and calories out” is a part of weight control, in those days there was no other focus. It was basically starvation diets

Even in those early days of the modern health-food industry, there were some pioneering movers and shakers, like Terry Lemerond, who really were helping to lead natural products into a more science- and quality-based direction. It was an amazing evolution to see.

Little did I know then that I would have my own life and health journey ahead.

In 1994, I got into a terrible toboggan sled accident that tore my ACL ligament and years later caused damage to my knee. The inflammation in my knee created what really was chronic inflammatory response syndrome, which no one at the time knew. I ended up gaining five to 10 pounds every two weeks

This is where my weight loss journey begins.

Ultimately, in a matter of seven months, I gained 60 pounds and my doctor and OBGYN were refusing to believe that I was eating less than 500 calories a day!

It simply could not be happening, yet it was. I couldn't budge my weight. It just kept going up. It was like I was an inner-tube and somebody was inflating me.

It was terrible because I was in a knee brace, and then eventually a leg brace because the injury was so severe and it wasn't healing. And it wasn't going to heal if I didn't stop gaining weight.

This was especially frustrating for me because I had been a weight-loss instructor in spas and I had run marathons and did competitions.

But now I could barely move.

My Doctors Were Baffled

My doctors couldn't understand what my weight gain was about. It was so bad, it threw me into early menopause, even though my hormone levels didn't show that I was in pre-menopause.

My OBGYN was constantly, like “You're not in menopause - the numbers don't show it,” and I'm like, “But my menses schedule is all over the map.” And some days I couldn’t even leave the house while all this was happening.

And they went through so many medical tests. They did biopsies to see if I had any cervical dysplasia and so many different things.  But it truly was early menopause that was brought on by chronic inflammation.

So, I found myself, at age 40, in early menopause, obese, and with a knee that didn't work anymore. I couldn't even pivot and never have been able to again, even to this day.

You know it was a pretty severe change in lifestyle. No more aerobics.  No more running five miles. It was a big challenge for me, until I was 48, to be able to get my weight down from over 200 to about 148–150.

But more on that in a minute…

I was eventually able to walk without a knee brace. And, sure enough,  I found my way back into the weight-loss industry, talking about the diet that I had finally embraced — which was about the kinds of food and their protein breakdown that I could eat without gaining weight.

For 20 years, I had been a vegetarian: eating all green/bean/legume combinations for my proteins, but very very little eggs or fish or meat, because of my evolution in my spiritual growth was matching my evolution in my dietary choices. Plus, I was trying to lose weight, so I had found that I would choose either a green or a starchy vegetable.

Around this time, which was about 1999, I was running a weight-loss center, where they taught about three different types of diets, depending on what your weight was to begin with.

I settled on a diet that was, unfortunately, too low in fat. The main protein was soy, but it did not go through any type of fermentation process.

It was at this time, also, that the Weston Price Foundation began. The organization resurrected the teachings and findings of Price, who was a dentist from Cleveland, Ohio, and whose 1939 book, Nutrition and Physical Degeneration, describes the fieldwork he did in the 1920s and 1930s among various world cultures.

The organization shined a light on the importance of ancestral diets, and on saturated fats plus essential fats in our diet, foods that help people fight aging and reduce inflammation.

Originally I thought Almased was just another protein drink. Boy was I wrong.

I did three days of fasting in conjunction with Almased and I dropped six pounds immediately. And it was all my belly fat. I was also loving the vegetable broth, which was keeping me properly alkaline, and my urine pH was not getting crazy like it did on a keto diet.

After I did the Almased diet, I lost 20 pounds. I built muscle. I lost so much that I went from a size 11 to a size six!

And it was just like in eight weeks. It was effortless. And for the first time in my life, I wasn't hungry! I had no real cravings. Almased helped my body to support my own healthy levels of leptin, ghrelin, insulin and cortisol.

With any other diet program that’s only focused on calories, I might not lose two pounds for a week — sometimes even two weeks. And with calorie-deprivation diets, we also lose muscle, which slows down our metabolism. We look terrible and we get very tired.

But with Almased, you throw a banana in the shake and it's so extraordinarily quick and easy. You have all of these nutrients, including predigested proteins and peptides.

I just look at my customers and explain to them that, with Almased, everything else they consume is going to be better assimilated because they’re meeting their protein needs with immediately available predigested peptides.

I call it the most perfect food in the world. That’s how passionate I am about it. And I hear a lot of stories from my customers who say they really feel the product has saved their lives.

Results not typical. Individual results will vary based on starting weight and program adherence. Consult with a physician before starting on any weight loss program. 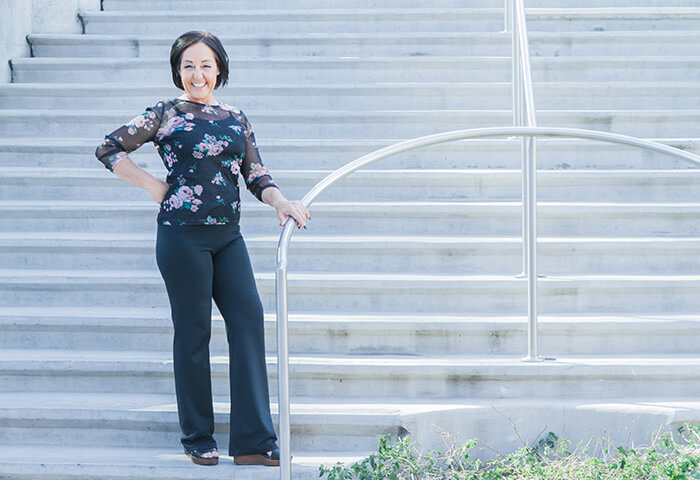 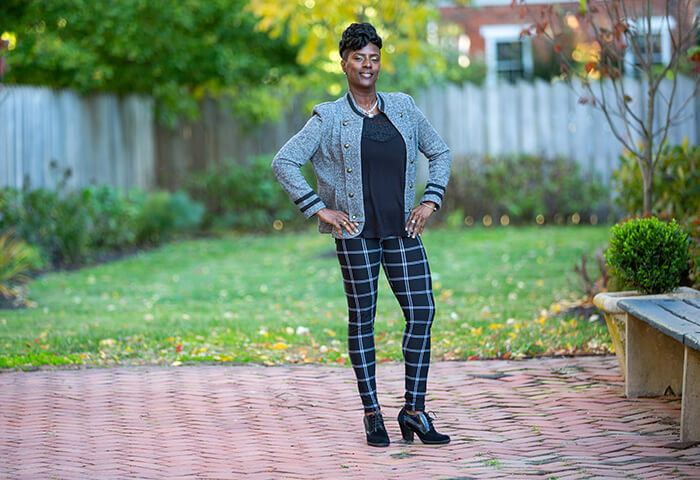 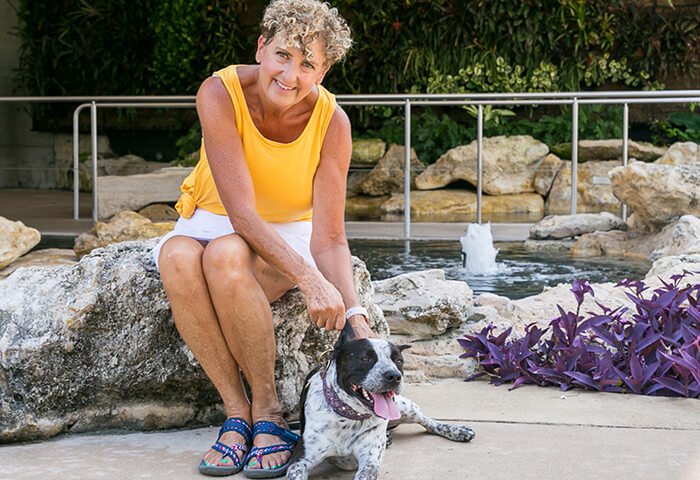 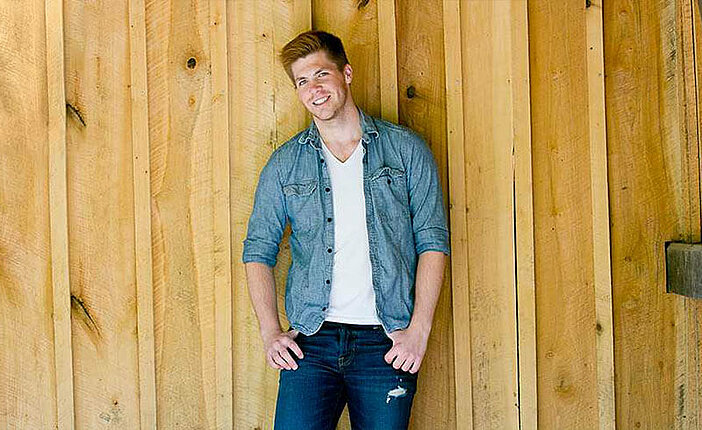